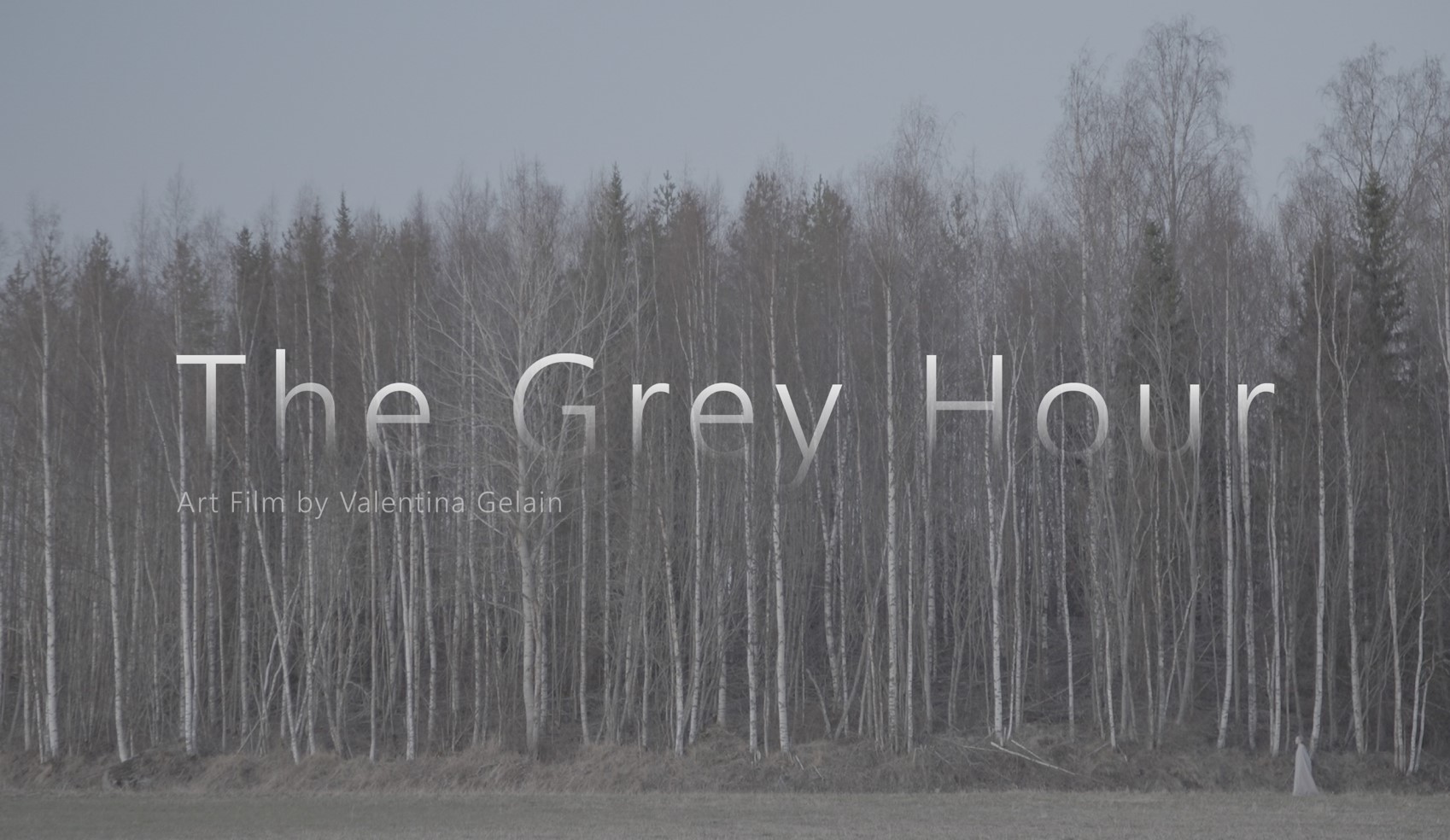 Black Box Genesis, in collaboration with Elokuvakeskus Botnia/Filmcentrum Botnia, is pleased to present the Premiere of the art film ’The Grey Hour’ by Valentina Gelain, on 17th December 2021.

The Grey Hour is the artist’s most recent multidisciplinary art project and its body of work includes: film (video art), photographs, performance, crafting and poetry.

However, the main part of the production is composed by the art film in question, which was made during the year, among the interiors of Malakta (Malax) and natural landscapes of Ostrobothnia.

The filming session was mainly concentrated in the spring, when the territory offered the shades and colours that Gelain was searching for the work. Tones and instants explicitly ancticipated by the title.

The multidisciplinary project highlights how you can relate emotionally to the environment to express yourself and your mental, emotive states.

In this case, starting from a personal experience, it shows a frame of mind connected to apathy, the inability to act, the difficulty of relating to inner self and specifically, the derealization and depersonification disorders. More generally, to a hard period, which can be linked to depression (or not), to a turbulent emotional state or, in this case, a stuckness moment.

The Grey Hour is an intimate encounter and dialogue with oneself, played with shades of grey and, paradoxically, with beauty and harmony, which want to give space and light to mental issues that are often still victims of taboos in today’s society.

In addition, for those who cannot attend (in person) the Premiere, it will be possible to watch it virtually, on Kunstmatrix.

The link will be published in the event and on www.blackboxgenesis.com and will follow the official timetable.

Thank you to Malakta for the technical support.